Find out the 10 Dangerous Water Chemicals Found in Tap Water 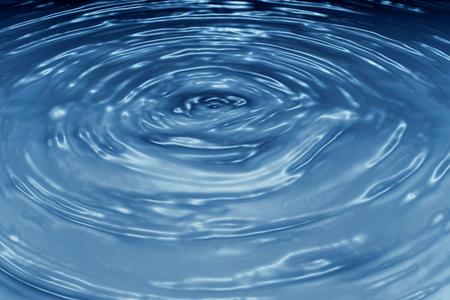 For those of you who live in big cities, it is not difficult to find tap water in several corners of the city. Tap water feels practical because we can drink water directly from the tap to get rid of thirst. Besides, tap water is also popular because we don't need to spend any money to drink water. However, it turns out there are hazardous water chemicals behind tap water! How dangerous the water chemicals and how will it affect our health? Let's find the answer here!

The first reason to consider is the potential fluoride content in tap water. The content of fluoride can be dangerous if consumed in large quantities. Research shows that fluoride can interfere with the normal functioning of the endocrine system in the body. As a result, our thyroid gland will have problems later.

Did you know that chlorine is also found in water in tap water facilities? Chlorine has negative effects, such as damaging the normal functioning of the respiratory system, causing nausea, vomiting, coma, and even death!

Could be, there is lead content in tap water!

Lead is also often found in tap water. Lead has very poisonous properties and harms our organs. There are negative implications due to drinking water containing lead, such as causing autism, deafness, and learning disabilities in fetuses contained by pregnant women.

Several studies have shown the presence of mercury in the water in tap water. Just like lead, mercury is also one of the dangerous water chemicals for human health. Research from the National Center for Biotechnology Information (NCBI) shows that mercury can cause muscle atrophy, headaches, cognitive disability, and skin rashes.

Beware of the content of arsenic in tap water!

Hazardous water chemicals are found in tap water, one of which is arsenic. Research shows that arsenic poisoning can cause diarrhea, stomach pain, and even death. Besides, arsenic is also associated with skin cancer, lung cancer, and bladder cancer.

There is also a content of perchlorate in it

There are many more water chemicals found in tap water. Namely perchlorate, a chemical used for the manufacture of rockets, fireworks, and flares. However, it will be dangerous if taken by humans because it can cause damage to the thyroid, lungs, internal organ complications, and aplastic anemia.

Based on research, there are tap waters were found to contain plastic particles. The majority of particles found size ranging from 0.1-5 mm. The range is 0-57 particles per liter of water. Of course, these plastic particles can endanger human health!

It could be, contains various radioactive substances!

Beware, because radioactive substances are found in tap water! These substances include uranium, radium, thorium, and radon. Exposure to high amounts of radium can cause bone cancer, lung cancer, skin, liver, kidney, stomach, and thyroid.

Did you know that copper is also found in tap water? The presence of copper is due to the flaking pipe particles, then carried by the flow of water to the tap water we drink. The high copper level is marked from the color change of the pipe to blue-green. Copper has a bad effect on health, which can cause anemia, liver, and kidney damage.

Based on research, there is a content of dioxin in tap water!

Finally, dioxin content was found in the tap water facility. This is a dangerous poison released during the combustion process, such as smoke from forest fires or cigarettes. Dioxins have a bad influence on human health and cause damage to our reproductive system, nervous system, endocrine, and immune system.